OK, so I already wrote about the LG G8x ThinQ and had some great things to say about it. Well, I haven't had another dual screen device since then, and the G8x has been my daily driver for work for a while now. And then in walks the LG V60 ThinQ Dual Screen. This device has impressed me enough to knock the G8x way out of the way. Not just due to it's sheer size, though in a fight I think the G8x would feel dwarfed by comparison, but also due to the speed, clarity, camera and yes... the 5G on Sprint/T-Mobile! I opened the box and honestly the first thing I saw was a BIG handset. The phone by itself without the dual screen comes in with a 6.8" FHD+ OLED screen. It's a beaut too. The phone is Navy and Gold - thin .35" and classy looking. At the time I hadn't realized I only had one option of color for this device, but I have to say I would have picked this one anyway. No, it's not an infinity or edge to edge display.. but tbh I don't even notice it while using it. The screen is bright, clear and quick.

So, being so big you have to imagine it'll be that much bigger with the dual screen attached. Yes, it is... It's practically half an inch thick - heavy - sturdy and a real topic of conversation. I won't use the dual screen while out exercising, but out at a club, taking pictures by the bay etc.. (I'll share one or two later). This phone is snappy, fast and lasts all day - even with dual screen on. I've not actually tested hours etc, but I have had this thing on with dual screens and downloading apps, connecting accounts etc for about 5 hours and all this with activating the device and everything from 90% has me at over 45% remaining battery. Considering it's labor intense stuff with setting up, installing updates, downloading apps, adding fingerprints all that and lighting up 2 screens I'm thoroughly impressed.

The finger print scanner works! I couldn't get the G8x to recognize my finger print to unlock the device. It worked for unlocking apps, but that's all. It appears they fixed that in the V60. Fingerprint works quick and >90% of the time on first try. Hopefully it gets better as I go along. 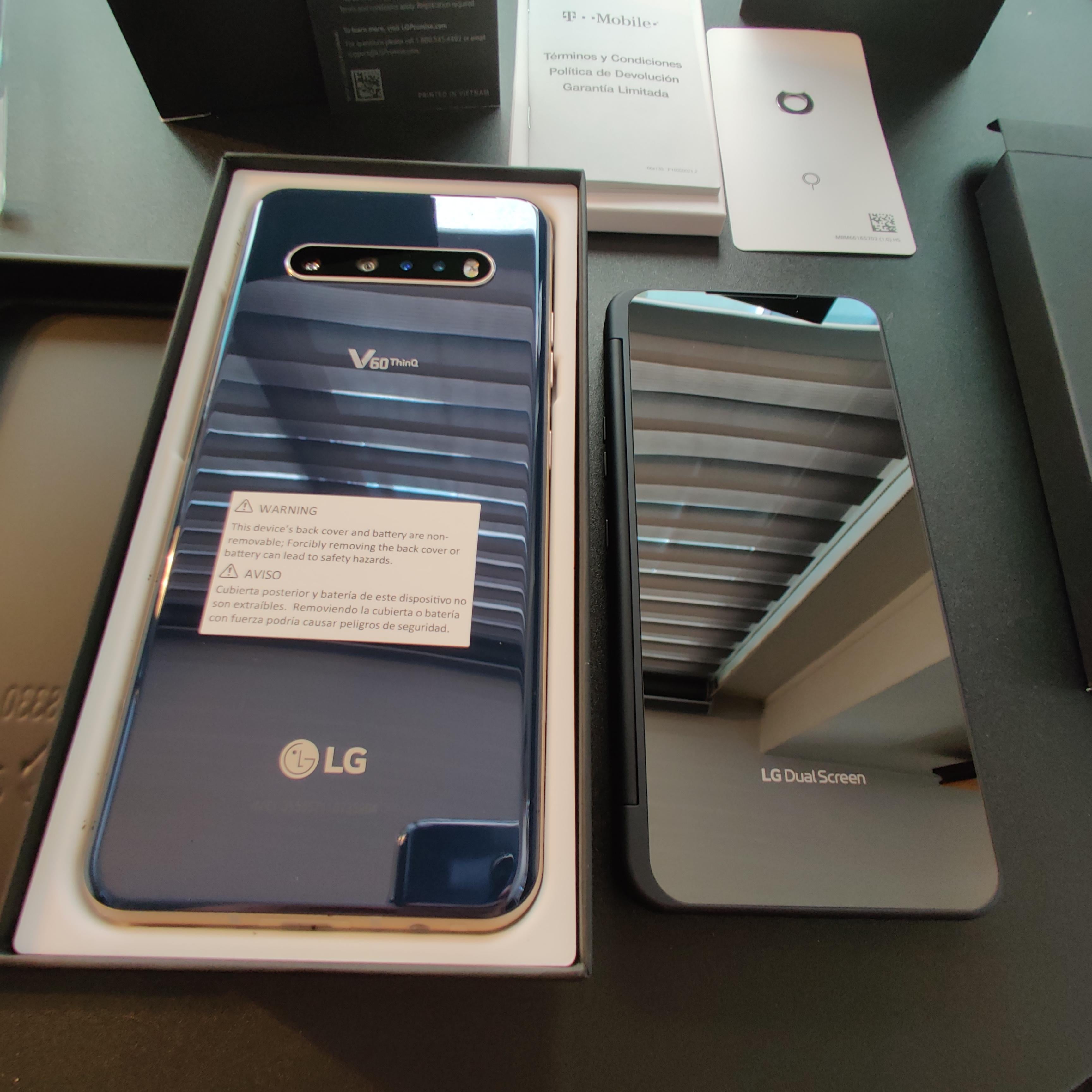 The Camera - takes some getting used to - slightly different than the G8X. Also different than the OnePlus7Pro I was using for my personal device (which I used to take photos of this one). I really like the 'real' pictures this phone takes. I don't do much with filters - point and shoot looks fantastic. Colors are correct and overall pictures are nice and crisp. Not oversaturated either like one of the top brands I won't name ;). I'm sure I could get even more out of the camera with all the custom settings. Yes - this camera outshines the G8X every day of the week in every situation.

For those that don't know, you can add a watermark to your pictures with LG phones, and this one is no exception. You'll want to take credit for your pictures with this one :). I was asked what 'camera' I used for the picture of the bay I included at the end of this write up.

Oh - and the dual screen experience is getting better and more intuitive. Not sure if it's just me getting used to it with the G8X or if in fact this one is that bit easier. I think it's easier though.

Oh - and I'm in NYC and down the Jersey Shore. Now that Sprint is part of T-Mobile, my phone is FAST! My 5G speeds have been great and I know they're only going to get better! 125 Mbps down, 23 Mbps Up. 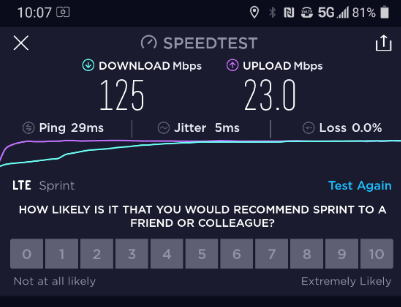 My only complaints/criticisms with this device so far is my headphones don't fit in the headphone jack when the dual screen is connected. My plug is too fat. First world problems - I know. Just worth a mention though. Also, it uses a dongle to charge with the dual screen - and not the same dongle that came with the G8x either. I'd prefer they figure out a way to do USB-C so I can use it with all my chargers and not have to carry around the dongle. On the other hand, I can always take it out of the case - and if it's anything like the G8x in that department, it was faster to charge directly with USB-C too. Will let you know when I try it.

I have to get used to the gestures - Not sure if I'm 'closing' apps or shrinking them down. No idea how to find my way back to the home screen when apps are running etc. Learning Curve.

Wait for the next write up - see what I'm about to do with it!

Point and Shoot! No filters/No effects - bit of a fog rolling in.

Disclaimer: I am super lucky to be able to take part in the Sprint/T-Mobile Device Ambassador program. The Product Ambassadors love technology. They volunteer to test out all sorts of  devices and offer opinions freely to the Community. Each Product Ambassadors shares their own opinions of these devices, therefore the information in this post does not necessarily reflect the opinions of Sprint, T-Mobile or the device manufacturers. The PA's do not represent the company in an official way, and should not be expected to respond to Community members in an official capacity. My opinions are my own. I am a Device Ambassador and Blogger... I am not a Corporate or Device Manufacturer spokesperson. #SprintProductAmbassador