Today is launch day for the Galaxy Note 10 and 10+. I was like a kid at (insert your holiday here) when this arrived.

So happy and excited as I've never owned a note before.

I haven't had an opportunity to finish/edit video of the opening - though I'm sure pretty anticlimactic for most.

I'll give you my first impressions though -

I've been using an LG V50 ThinQ for my daily driver at the moment and it's been excellent. Well, when I unpacked this beautiful Samsung S10+ I was really taken back by the size and yet how thin it was. Yes, I know it's not a 'huge' difference, but it does show... especially when you see the screen.

Forget the 'screen' for a moment and just the size comparison:

Pretty cool thing they offer at Phone Arena to superimpose one phone over the other if you're interested here they are: 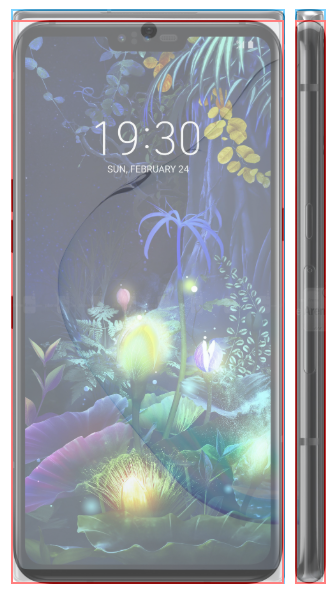 I was afraid that the device would be too big. You know, the biggest device of it's type in market and all. It's not too big. It's just right! It feels great in the hand. It's solidly built and feels ultra-premium. The designing.. I have to post pictures. I love the way the back and front come together on the sides. It's well styled - almost artistic.

The screen- so nice. It's almost all screen - seriously barely any bezel and you'll notice the tiny camera cutout. It's amazing what they can do these days - the cutout is def. smaller and unobtrusive.

I haven't had much time to mess around with the phone yet, but it looks beautiful so far and the amount of usable screen really does stand out above the others.

I tried the Samsung S10+ and I really enjoyed the device, though my experience with the in screen fingerprint scanner wasn't all that consistent. Well, let me tell you they fixed that with the Note 10+. The in-screen fingerprint unlock is fast and efficient and most importantly, consistent.

All the hard key buttons are on the left side - Power and Volume Rocker. The power also can be assigned as an assistant button, however I prefer 'power' here. There's a lot I need to figure out, so we'll get to mapping and all that later. 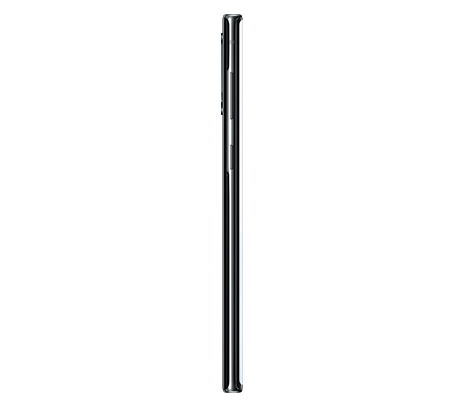 Buttons all on one side - Super Thin!

The Pen - this is all new to me! I've never had/used the pen and in all honesty thought it wasn't very necessary. Video's and pictures I'd seen from friends had the pen writing looking like a big fat marker. I had no idea how people could draw or take notes with that... well, that was a major misconception. This pen can do ultra thin to mega fat markup and writing. I only popped it out and drew on a picture for a second, but I was thoroughly impressed (so far). Especially when it took my chicken scratch and was able to turn it into legible text. Now, how to use that or where to use it I'm still uncertain. I'll get there.

When I took out the pen it did show me how to use it directionally to scroll up and down and I accidentally used it to ZOOM for a photo. 🙂

I used 'smart-switch', the Samsung app to move my data between devices. It was super easy. Just ensure your 'from' device has Smart-Switch installed and then start the process. The included USB-C to USB-C cable was plugged into both devices and my apps, messages and more transferred with ease. Only thing that didn't move were things on my SD card. Not sure why, but no problem as I was planning on moving the card to the Note 10+ anyway. It said it would take a 1hr 44min to move all my content. I walked away and when I came back 30 min later it was all done, so they way over estimated that. It's great though and saved me a ton of time trying to install from a cloud backup.

So, that's it so far. As you can tell I'm really excited about this device. It's so nice to have a Samsung Galaxy Note S10+. It's my first Note, and I'm really looking fwd to being 'wowed' by a new phone. It's been a while. 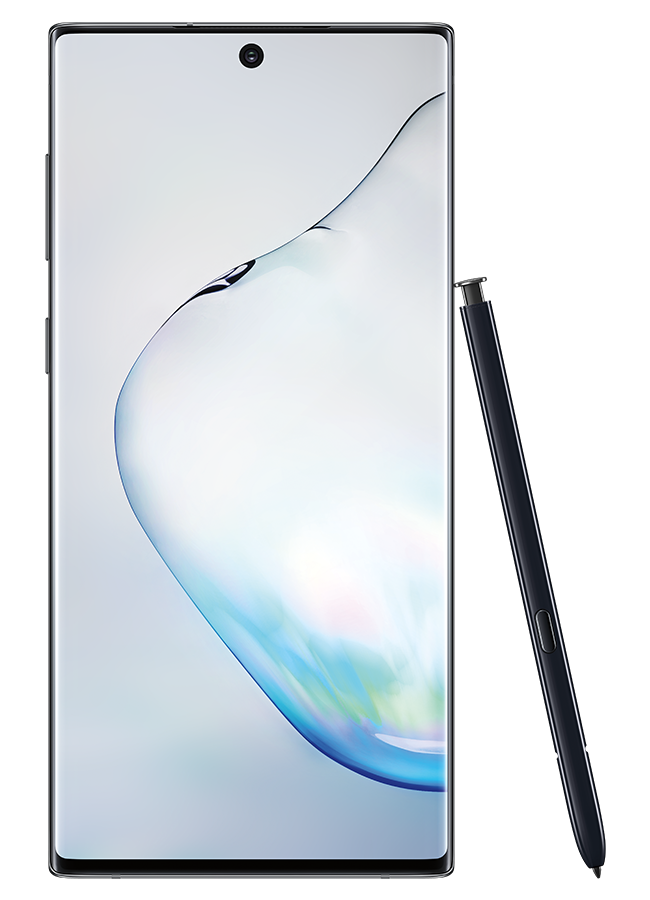 There will be more - I promise.

Oh - almost forgot. My first picture from this morning. I went for a quick jog out on Long Beach Island before the rain came in. I'm so impressed with the detail, especially when I zoomed in on the results - this was just 'point and shoot' with no special effects (except to add the text).

Questions about the Galaxy Note 10+? Please, ask. I'm new to this device (like hours new), but I'll do the best I can to answer any questions.

Disclaimer: I am super lucky to be able to take part in the Sprint Device Ambassador program. The Product Ambassadors love technology. They volunteer to test out all sorts of  devices and offer opinions freely to the Community. Each Product Ambassadors shares their own opinions of these devices, therefore the information in this post does not necessarily reflect the opinions of Sprint or the device manufacturers. The PA's do not represent the company in an official way, and should not be expected to respond to Community members in an official capacity. My opinions are my own. I am a Device Ambassador and Blogger... I am not a Corporate or Device Manufacturer spokesperson. #SprintProductAmbassador