Stylo 3 - Stylus and Camera Tips and some other stuff...

Good afternoon, Due to a 'personal' issue last week I was unable to post any updates regarding the Stylo 3.
Well, I'm back and not to worry - I'm A-OK. Not that you were worried... but if you were, now you know.

How I've used the Stylo 3 so far... I've been using the Stylo 3 for a couple of weeks now as my work device.
As far as work phones go, I don't use them a ton during the day, but here's how I use it: Glance at my calendar and emails, join calls, play a little bit of spotify/youtube and send/receive files on dropbox/google drive. I don't Facebook on it, or tweet... I do mess around with taking pictures and screenshots.
That being said, this battery lasts 2 days easy... on the Sprint network, without using WiFi. I have other devices that shall not be named in this blog, but I'll tell you now, they don't hold a candle to the life I'm getting on the Stylo. Of course, that's also in line with the small number of apps I have loaded on the device.

One - If you use the stylus which is really cool to play around with, make sure you don't change your keyboard to one that doesn't allow handwriting. One of the things I love about android is the customization, however when I changed to the google keyboard there was no way to use handwriting. I switched back to the stock LG keyboard so I can use the stylus.

To change the settings on the keyboard to handwriting: Get into a message and tap on the line where you want to begin typing - try a text message. When the keyboard pops up press and long hold on the settings cog and then choose the little 'pen' option. 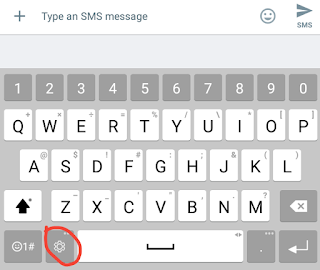 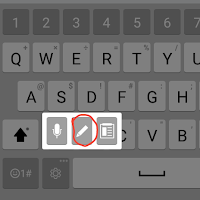 This will change the mode to handwriting. Once you begin writing you'll see the words become text automatically in the line where you're used to seeing text. 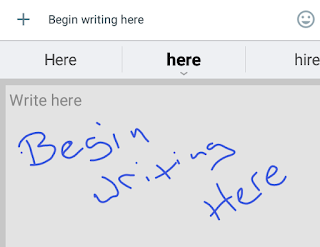 Just remember to hit 'space' after each word. I find this way of handwriting to text to be a lot quicker than using an actual keyboard sometimes.

Another feature you may find handy with the stylus - as soon as you pop out the stylus a little menu pops up... and your most recent quick memos pop too. 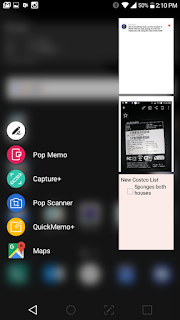 A small 'pen' icon stays up on the screen for you to use at anytime from there.. as long as they stylus is pulled out. You can move it to other places on the screen so it doesn't cover up any of your other app icons.

Camera Tip - When I first used the camera all the pictures were automatically in black and white. I thought maybe my device was broken... don't panic - it's not broken - there's filters automatically built into the camera - how cool! When you open the camera, just click on the little 'film' icon at the top and your presented with multiple filters. 🙂 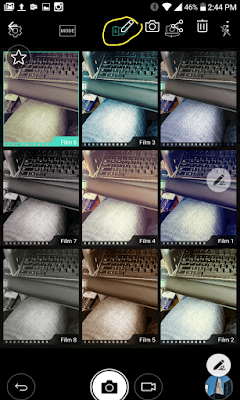 And then you can choose from the quick menu when you pull out the stylus to draw or add text to one of your pictures! Like this one  - Wish you were here! 🙂 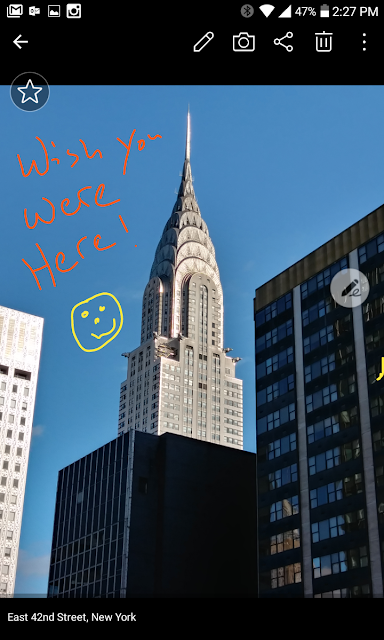 One thing to note - the images/screenshots in this blog were created with and on the Stylo 3. Even the great picture of the NY Chrysler Building - oh, without a filter this time. heh...


That's all for now -
Interested in the Stylo 3? Ask me anything!


"Disclaimer: The Product Ambassadors are Sprint employees from many different parts of the company that love technology. They volunteer to test out all sorts of Sprint devices and offer opinions freely to the Community. Each Product Ambassador shares their own opinions of these devices, therefore the information in this post does not necessarily reflect the opinions of Sprint. The PA's do not represent the company in an official way, and should not be expected to respond to Community members in an official capacity. #sprintemployee."